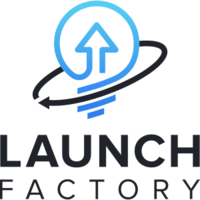 Doshi, 34, will lead OmniSync as founder and CEO. He has no experience in software. Instead, he holds a Ph.D. in pharmacology from the University of Cambridge and has worked as a research scientist at UC San Diego and InhibRx. His new co-founder, 28-year-old Huang, will soon serve as chief operations officer at OmniSync. But for now, Huang is still a Ph.D. candidate at UC San Diego, where he’s studied bioluminescent bacteria — those glowing critters in the ocean — and worked in the fields of antibody research and the early detection of cancer.

With their science backgrounds, they came up with a unique business pitch. OmniSync would target the massive life science industry, serving biotech startups who have more nuanced needs than your average small business.

“Scientists are so engrossed in their product development that they often forget what else must be done,” Doshi said.

Biotech startups need to consider patent applications, health and safety regulations and a whole host of biotech-specific paperwork. But instead, they’re often knee-deep in scientific experiments. Doshi and Huang pitched that OmniSync could tailor their product and services to this niche rather than being a mass-market tool for all small businesses.

Best of luck to the OmniSync team!