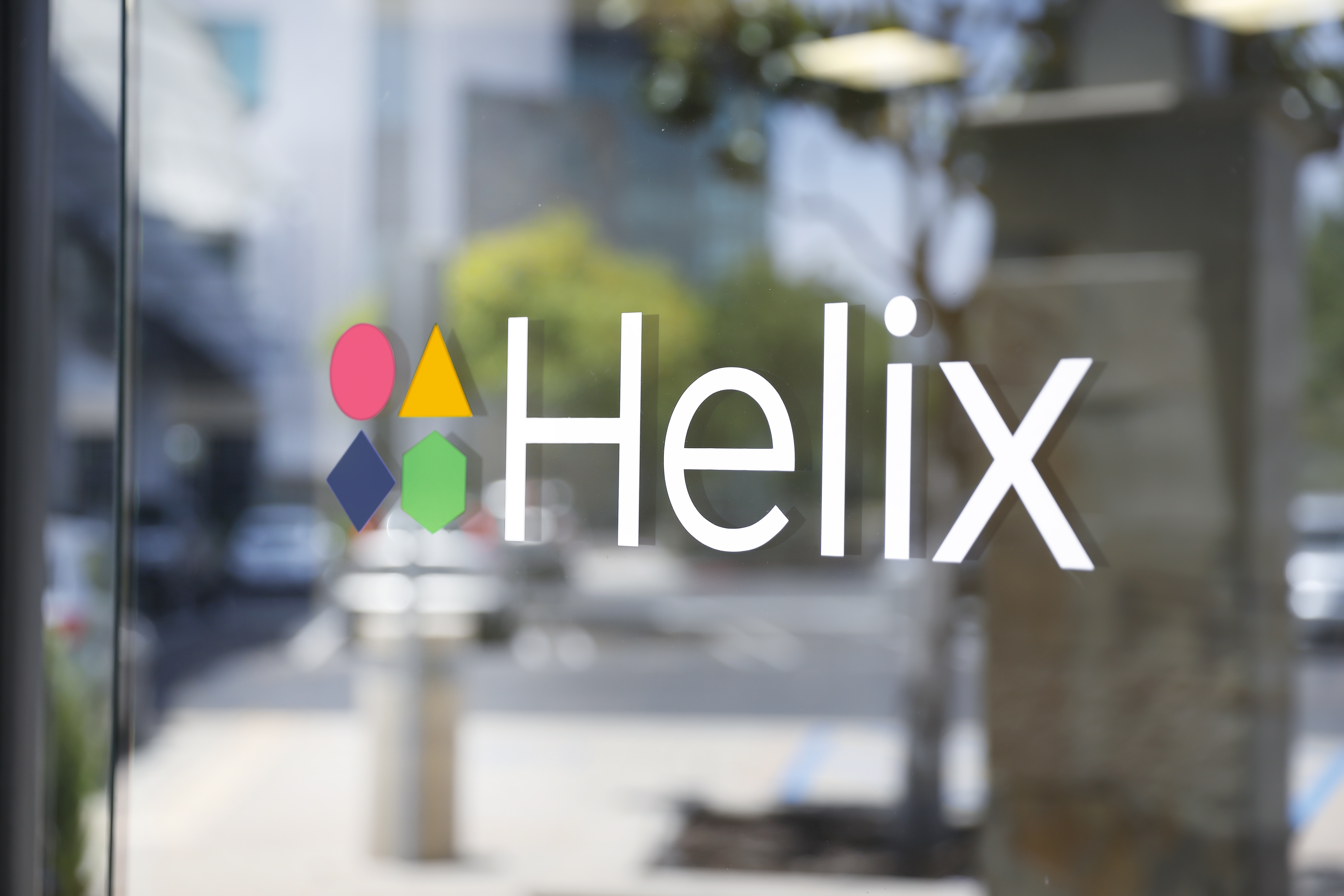 Helix, the DTC genomics company Illumina spun out in 2015, is open and ready for business. They have used their initial $100M investment to establish a marketplace for the analysis of consumer genomes – an “app store” for genomics, along the lines of Apple’s App Store or Google Play.

Helix does the heavy lifting by collecting the consumer samples (via a saliva collection kit) and sequencing the genome. Specifically, they perform what they call an “Exome+” sequencing, which includes the ~2% of the protein-coding portion of the genome along with additional regions of the genome that Helix has determined to contain relevant information.

Their business model works like this. You pay $80 for the sample collection and Exome+ sequencing (which would normally cost more like $500 on the open market). But you don’t get to see any data and Helix doesn’t return any results. Instead, you get that when you buy a follow on app (or “DNA-powered product”) from one of the companies participating in the app store. The apps fall into one of several groups: ancestry, entertainment, family (pre-natal and infant health), fitness, health, and nutrition. The cost of these apps, which is on top of the initial $80, currently ranges from as little as $24.99 for SlumberType (for telling you how your DNA impacts your sleep patterns) to as much as $249.99 for Food Sensitivity+ (for telling you what impact your genome may have on you react with various foods). The good news is that Helix holds on to your sequence in their database so that if you buy a second (or third) app, you don’t have to resubmit your DNA sample or pay another $80 sequencing fee. And from the app providers’ standpoint, they don’t have to worry about investing in the expensive sequencing platforms necessary to generate the data – they just focus on analyzing the data and reporting it back in a consumer-friendly form.

It sounds like a winning formula, but the Helix genome app store contains an odd mix of products. Some are based on fairly well established models, like those in the Ancestry category. 23andMe, while not currently part of the Helix marketplace, has been doing something similar for about a decade. The Entertainment category is filled with some whimsical (and some might say “pointless”) apps. Personalized Scarf, for example, let’s you buy a $150 scarf ($230 if you include the sequencing) with a unique pattern based on your DNA.

Helix states that they review the science behind each of the apps and that all DNA samples are sequenced in their CLIA lab. However, based on some of the quotes from the app developers, I’m not even sure they believe in their own products. From Ruby Gadelrab, head of commercial strategy, on Exploragen’s SlumberType app:

“In the consumer world, people are willing to compromise on how much data there is behind something, provided you are transparent about it,” she said. “We are targeting customers who are interested in new experiences, versus statistical data which is more important in the medical world.” (GenomeWeb)

And from their CEO, Ron Andrews:

“If we were just depending on genetics, and we needed the statistical power of a genome-wide association study to drive a particular decision, we would be years away.” (GenomeWeb)

Perhaps the bar for a DNA test on sleep patterns doesn’t need to be that high. But I would expect more for one on disease carrier status, like Sema4’s CarrierCheck app, described as “genetic screening to help you discover how your DNA may affect your family and future children”. However, says that it’s not actually for people actively trying to get pregnant or for serious family planning. CEO Eric Schadt states:

“We view it as an educational guide in the long term family planning journey, much further upstream than a clinical care scenario.” (Wired)

The purpose of the test is to pique people’s interest in genome testing for family planning, but they’re meant to turn to Sema4’s full screening test available directly from them (and not on the Helix marketplace). His comments don’t exactly inspire confidence:

“I hope to God we don’t learn five years from now that people were having babies with conditions that could have been caught with a more comprehensive test.” (GenomeWeb)

My final thought is the idea that Helix is built on the premise of “sequence once, test many times”. That implies that future sequencing technologies, especially those with long reads, won’t lead to significant changes in the interpretation of the data. I’m oddly proud of the fact that of 23andMe’s over one million customers, I was one of the first 200 people to get tested on the platform (Illumina employees got a special early access deal since they were using our technology). But being that early means that a number of interesting variants, like APOE4, aren’t included in my results – they were added much later. Since Helix is using the much more comprehensive exome sequencing method, they’ll be more future proof, but something better will surely come along. Then again, at only $80 it isn’t that much of a gamble. Just don’t take the results too seriously.