San Diego startups have a new potential source for raising VC capital, as Anzu Partners is looking to raise $150M for local investments. Their focus isn’t strictly on the life sciences, but many of their investments are in this area.

Anzu’s managing partner David Michael said their areas of interest include life sciences tools, microfluidics, additive manufacturing, semiconductor technologies and robotics. These are all areas in which San Diego is strong, he said. 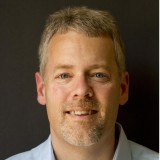