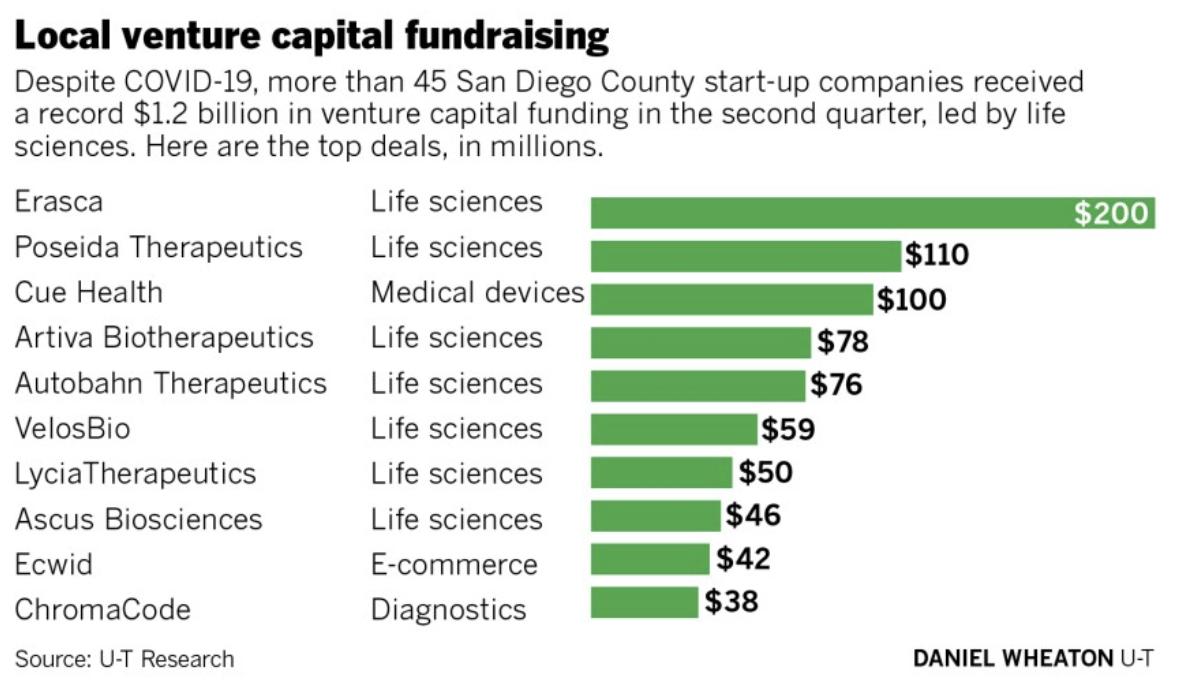 San Diego startups had a good quarter raising money, pulling in a near record amount of $1.26B (as reported in the San Diego Union Tribune).

San Diego County startups pulled in $1.26 billion in the second quarter, the region’s largest single quarter of venture funding since at least 2014, according to the National Venture Capital Association and Pitchbook, a research firm that tracks venture capital.

Life science companies did particularly well, taking 9 out of the top 10 spots. 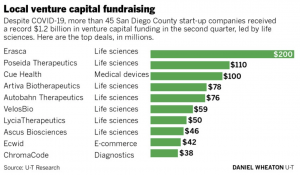 Three companies raised even more capital (not counted in the $1.26B) by going public.

It’s impressive that the companies were able to raise so much capital during the COVID pandemic. But maybe it’s because of the pandemic that life science companies did so well compared with tech.

AristaMD, for example, raised an additional $6 million in the second quarter — on top of $18 million in the first quarter — after two additional venture capital firms wanted to invest in the San Diego company. AristaMD makes technology tools for doctors to practice telemedicine, which has surged amid COVID-19 shutdowns.

Congrats to all the San Diego startups!